The wind will carry us 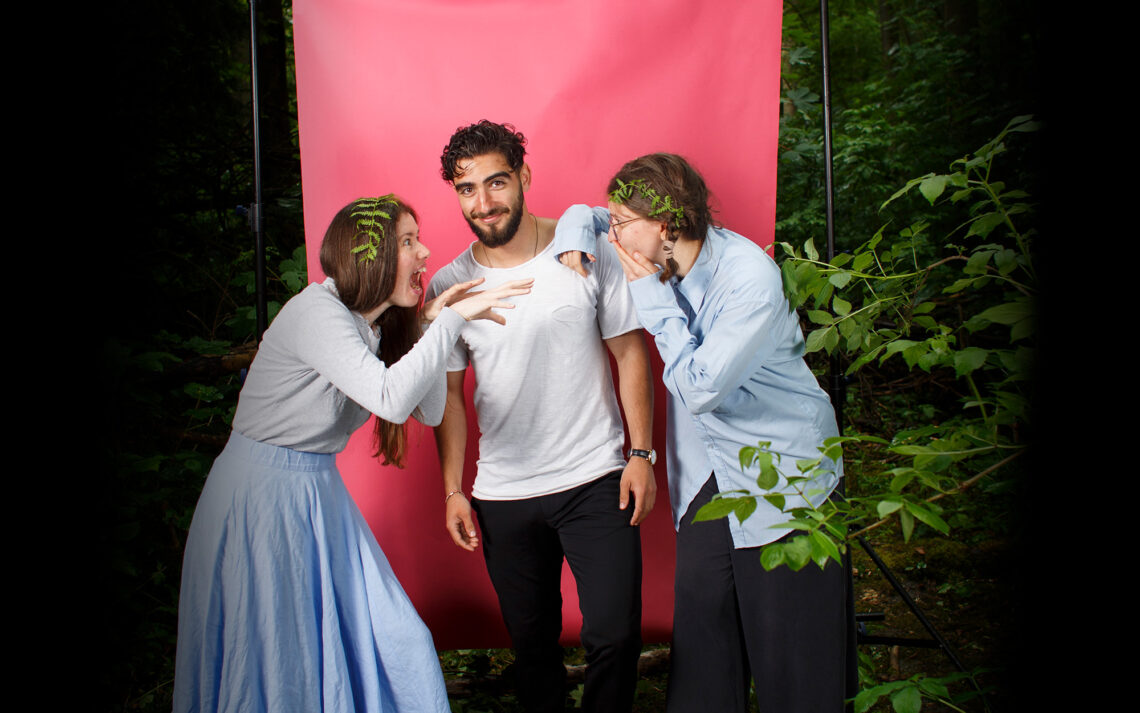 The wind will carry us

Listen to the whisper of the trees. What do they tell each other? Perhaps they talk of a hunter who disappeared one day without a trace, only to return 300 years later. Or they know the secret of the lizard that wears a crown. Surely, they know which spring will grant you eternal youth, and which one will take away your sorrows, or what happens when the full moon is shining bright…

On your journey into the woods you will encounter the storytellers from Mezrab. Find them among the trees and hear the tales of transformation and renewal, old folktales combined with truth. But, be careful: one wrong step, and you might become a part of the story too…

The wind will carry us – blue route (scroll down for tickets)

Sia Cyrroes was born in Terneuzen. He started acting when he was 18. After 3 years of playing in the TV series SpangaS, he decided to focus more on writing and making theatre. He has recently graduated from the Theatre School of Amsterdam. In recent years he has worked in TV and film, in series such as Bonnie & Clyde, but his real love is storytelling. Telling stories in the Mezrab is what makes him really happy. By telling stories he hopes this artform and the love for it will grow in people.

Sinéad O’Brien is an actor, storyteller and dramaturg, originally from Ireland. She makes theatre and storytelling shows, such as her solo storytelling show No One is Coming which premiered at the Amsterdam Storytelling Festival in 2020. She is passionate about helping people find and share their voices, and believes that everyone has a story worth telling.

Raffi Feghali is a theatre maker, musician, and peacebuilder based in Beirut, Lebanon. In the past 15 years, he has appeared in numerous productions in Lebanon and all over the world. His debut storytelling show Peer Gynt of Bourj Hammoud premiered at The Amsterdam Storytelling Festival in 2019. Most recently, he appeared in Interview The Dead directed by Bryan Reynolds and directed We Are The Ones Who Live Here.

Irina Koriazova was born in Russia and moved to Amsterdam in 2015. She spends most of her time drawing and working in Mezrab, where she is known for telling Russian folktales which kept their raw and unsanitized qualities. Her work with Mezrab has seen her wear many hats. From operating the lights, to writing funny emails and opening beers, she’s always looking for an opportunity to turn her life into a story.